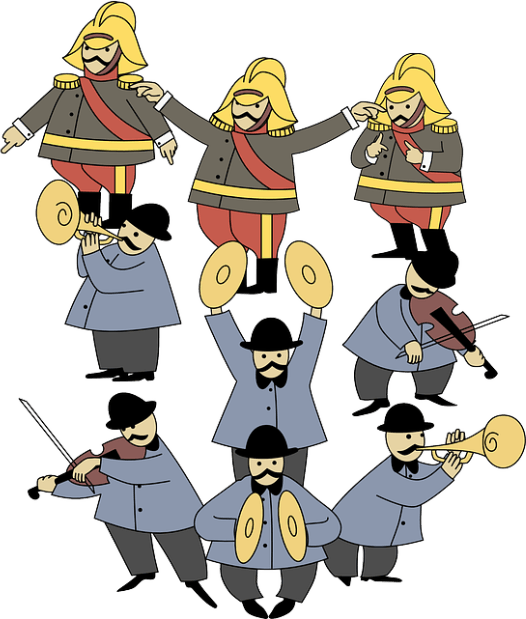 It's time to learn about the instruments in the orchestra.  Quick!  Pull out your spare instruments and players so the kids can see and hear what the instruments sound like.  Well, unless you have a spare orchestra in your back pocket, that's easier said than done.  Fortunately technology has made the task easier and today I have gathered 10 YouTube videos for orchestra learning that may help you with the task.  I really love using technology for learning about instruments because a picture can only do so much, and CDs are limited too for that matter.  First I'll share videos that teach about the instruments, then I'll share a few that are simply fun, but better enjoyed when a basic understanding of the Orchestra is in place.  Alternatively you can start with the silly videos and then go on to explain the instrument's different functions.  Or you can just watch them and have fun!

Learn about the Instruments

This video is a classic Disney clip where an Owl is teaching his animal class about the instruments in the orchestra.  In a humorous look at history, the development of musical instruments is shown.  I especially liked the way they explained how brass instruments work.

This video is awesome, and they have made a few others.  Child piano prodigy Ethan joins a cast featuring a violin, flute, trumpet, French horn, and snare drum in introducing the sounds of each instrument and a little sing-along.  Melody Street is also an app which my kids have enjoyed, but they never finished the story and their website is down, which is unfortunate.

This is a rather long video but it does have a lot of gems.  It was made by a mother who took a classic orchestra sound clip and added a slew of images in power-point style to teach her son about the orchestra.

This video by Little Einsteins is a full episode with a story-line that centers around the sounds and functions of different instruments.  It is less educational directly, something more along the lines of "edutainment", but is still very cute and will hold your kids' attention while you are driving, etc.

I almost didn't include this video simply because it so incredibly cheesy.  Then I decided to let you decide  for yourself if your kids would like it.  The man and the puppets explore the instruments of the orchestra in a silly song, while also teaching kids that they should be team players and do their part to help out around the house.

In case you don't speak French, this is an excerpt from The Carnival of the Animals, featuring the lion.  I love how the cartoon lion wanders around the live orchestra (really just strings and a piano), creating artwork as he walks.  He teases the pianist a bit and later delivers a message to the conductor.

This silly video shows the story of orchestra members who are having a bit of trouble with their instruments.  The instruments are anything but conventional, yet the big picture will give you something to talk about if you compare a "real" orchestra to the one featured in the video.

The last two videos are over 80 years old, but that didn't stop them from entertaining my kids.  The Silly Symphony is reminiscent of Romeo and Juliet.  Two young instruments fall in love, but one is from the land of Symphony, and the other is from the land of Jazz.  Will they be able to bring their two worlds together?

Mickey the conductor wants to lead the band in playing the William Tell Overture.  The only problem is a rebel musician keeps influencing the musicians to play Turkey in the Straw instead.  When nature's elements respond to the music, will the musicians be able to keep playing?