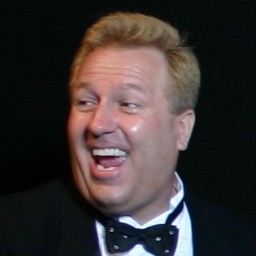 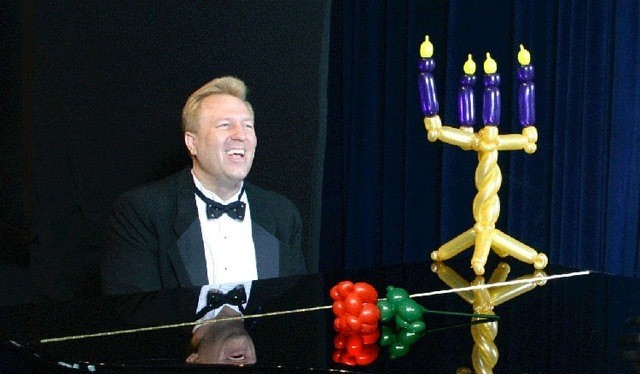 An Intro to S.

Hi there…my name is S. Frank Stringham and I am the newest member of the Teaching Children Music team.
Just a short resume’…I have been a professional musician since I was 17, I am an entertainer, an author, a composer, and a song-writer (maybe in a later blog I will go into detail about the difference between a composer and a song-writer). I met Tamsyn about a year and a half ago and I have been so impressed with her talents, her drive, her passion, and her knowledge. When she asked me to be a part of the team, I didn’t hesitate. I am proud to be included.

What an extraordinary thing it is to have music in our lives!

Do you remember the song that was playing the night you met your sweetheart? It brings back  wonderful memories, doesn’t it?

And what kind of rousing tunes motivate you to work out at the gym, or keep you awake while you are driving long distances, or cleaning the house?  I have a friend who cleaned her house while listening to her favorite ABBA album. I got really worried when she went to see the play Mamma Mia. I thought that she would get up and start cleaning the theater. (teehee) 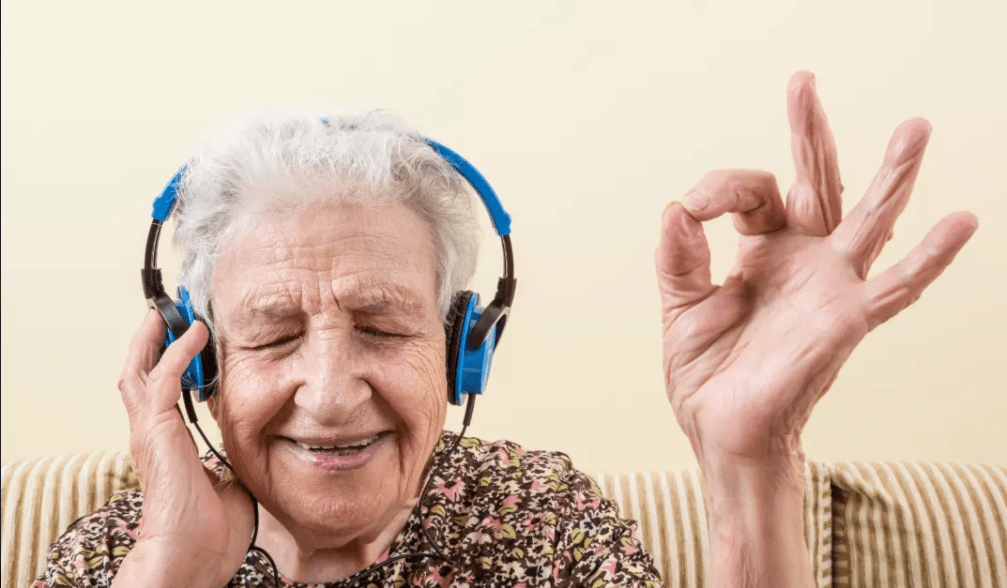 Music can make you evoke emotions in so many circumstances. I know for myself that I have been moved to tears…or seen beauty and passion in something that I would not usually see it in due to the music that I was listening to at the time.

I lucked out. My parents were very musical. I grew up being inspired by a mom who played the piano while my dad sang. Music was always there for me. And they made it fun. I am the oldest of seven children. There was hardly a day that went by where we didn’t gather around the piano and sing songs together from the big yellow sing-along book (Choo, choo, choo,  what’s coming down the track? Choo, choo, choo, it’s something big and black...) or from our favorite musicals (Consider yourself at home, consider yourself one of the family…). At the same time, my parents encouraged us to play whatever instrument we were interested in (as long as we all took piano lessons, too).

I chose the trombone. I loved the fact that you could slide into the notes. I was in fourth grade when I got my first trombone. I wasn’t tall enough to reach all of the positions on the trombone, so we tied a string to my hand and the slide of the trombone. It was kind of like making music with a big brass yo-yo.

When I was in elementary school (right after the world was created), one of my teachers showed us a short Disney movie about where music came from. The flick was called “Toot, Whistle, Plunk, and Boom.” It may be an oversimplification of where music came from, but it was another feather in my learning cap as to the fun and importance of music.

Here is that Disney Short:

It is so great to have an assortment of music because when you are in a certain mood, nothing beats a certain type of music.

If you were to ask me what my favorite type of music is, I wouldn’t be able to tell you. I have at least THREE types of favorite music…Broadway, Jazz, and Christmas music. I can find any song amongst these styles that will play to the mood that I am in at that certain point of my life (of course I only listen to Christmas music between Thanksgiving and New Year’s Day). The  point is, I can’t narrow it down to just one genre of music. I love variety too much.  Still, if I am being honest with myself, there are times when nothing beats a piece by Tchaikovsky, or Queen, or The Rolling Stones, or LL Cool J, or yes, even Garth Brooks.

You might not like RnB, or opera, or reggae…and that’s alright. There are others who thrive on those musical categories. Wouldn’t it be a monotonous world if we all listened to the same music? There is a Christmas movie called Fred Claus. It didn’t get the best reviews, but I found it fun, funny and poignant. Anyway, there is a scene where the elves are in the workshop and the DJ elf (Ludacris) plays the same song over and over again (Here Comes Santa Claus). Fred Claus starts losing his mind over hearing the same song constantly, so he gives the elves some new music to listen to. At first they are shocked, but when they finally embrace the new music, the workplace becomes and even better place to work in. 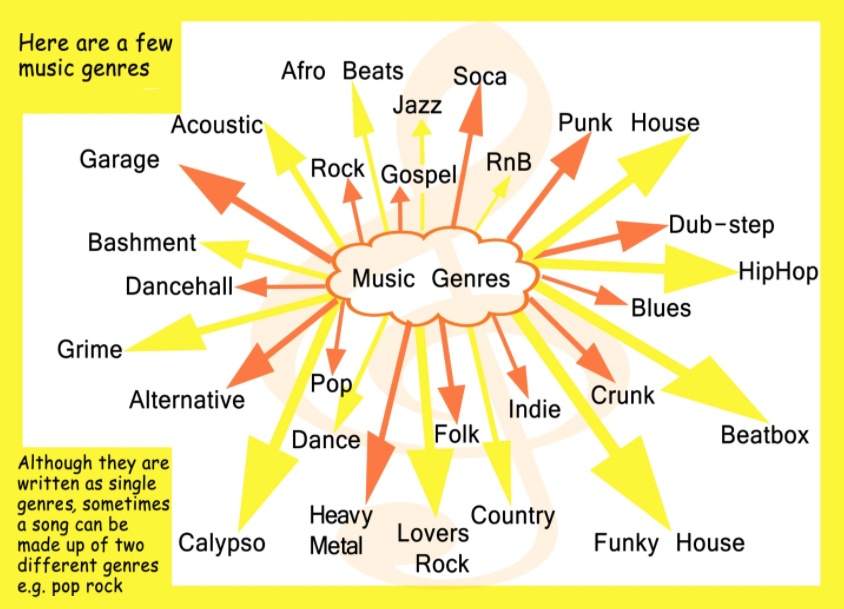 I love Disney music (for all intents and purposes, I would group Disney music in with the Broadway genre). I used to work at Disney Studios in the computer department. One day, some of the executives came in and asked the employees what they would like to change in their work environment…a “wish list” per se. Some of my cohorts asked for better coffee or upgraded computers, but I asked to have Disney music piped in to the workplace. My fellow employees went crazy…not in a good way. They said that they did NOT want to listen to Snow White singing constantly in their ears. I didn’t argue with them, though I could have…there are so many Disney songs that they would NOT have heard a repeat song for a LONG time. Disney music, by itself, has a TON of variety. 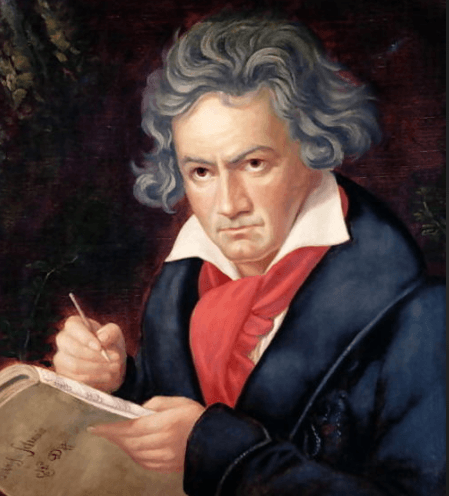 I used to be a Music and Theater Fine Arts teacher at a private school in Las Vegas. One of my favorite things to teach my little scholars was music appreciation. They were not too happy, at first, with my choice of music. I wanted to show them how Beethoven’s Fifth Symphony could be played and interpreted to be appreciated. So I started with the original piece.

Then I played them the more updated “pop” version of the song. So now, along with the classical version of the piece, we have something that can be more appreciated by a contemporary crowd.

A Fifth of Beethoven:

Then I threw some comedy in to the appreciation mix. On the album “P.D.Q. Bach on the Air,” P.D.Q. Bach (created by Peter Schickele) poses as a classical music DJ. His parodies of classical music are outrageous and hilarious. I WILL tell you that unless you are an aficionado of the baroque masters, you won’t get all of the humor and most of the jokes that are being thrown out there, but the satire is still brilliant and fun to listen to. I LOVE it. I laugh every time I hear it. In this version of Beethoven’s Fifth, Peter Schickele and Bob Dennis act as sports-type announcers to help us understand the musical piece. Incredible!

As I wrap things up here, just know that I have a great passion and love for music. If there is anything I can do to help you or your children increase their love and passion for music, let me know. Let US know. Tamsyn and I are dedicated to heightening and strengthening your knowledge of the world of music so that you can pass that on to your children and make this world that much more of a musical place.

S. Frank Stringham (everybody just calls him "S."), is a multi-talented entertainer who will make you laugh and make you feel good about yourself!! S. has been an entertainer in almost every kind of venue that you can think of; from musical theatre to the silver screen; from small classrooms to major convention halls; from the comedy clubs of Los Angeles to the vaudeville clubs half way around the world. His talents come from a position of love...he loves to perform, he loves to laugh, and he loves to see others laugh. In fact, he has been accused of making people laugh who have never before laughed in their lives. His mission statement includes the four “L’s”...”to bring Love, Life, Light, and Laughter into the lives of everyone I come in contact with...” S. has over 30 years of professional experience in most fields of entertainment! For over 20 years S. has been performing, using his talents as a singer, songwriter, playwright, balloon artist, comedian, actor, pianist, and Master of Ceremonies, for companies and producers like Sears, Ringling Brothers and Barnum & Bailey, The Flying Elvi, An Evening At The Improv, Caesar’s Palace, NBC, FOX, ABC, and The Comedy Store; to awe audiences like Big Brothers and Sisters of America, The Children’s Miracle Network, Japan, Belgium, England, Air Supply, Budweiser, Martin Scorsece and many others. S. was on America's Got Talent, and although he was buzzed off immediately (it’s difficult to put your head around what he does in less than 3 minutes), he got many gigs afterwards because of it. S. also has a friend/character that he introduces to audiences every once in a while, One-Eyed Jack (his eye is made out of balloons). One-Eyed Jack can sing, can transport himself, can do comedy, and he knows EVERYTHING. When it comes to teaching, S. has been teaching music theory, voice lessons, piano lessons, and various other instruments (guitar, clarinet, violin) for over 35 years. He was also the music and theater teaching at American Heritage Academy in Las Vegas for over 10 years. There he wrote orchestra pieces and movie and stage musicals. On top of that, he did much of the choreography for the various productions throughout the years.