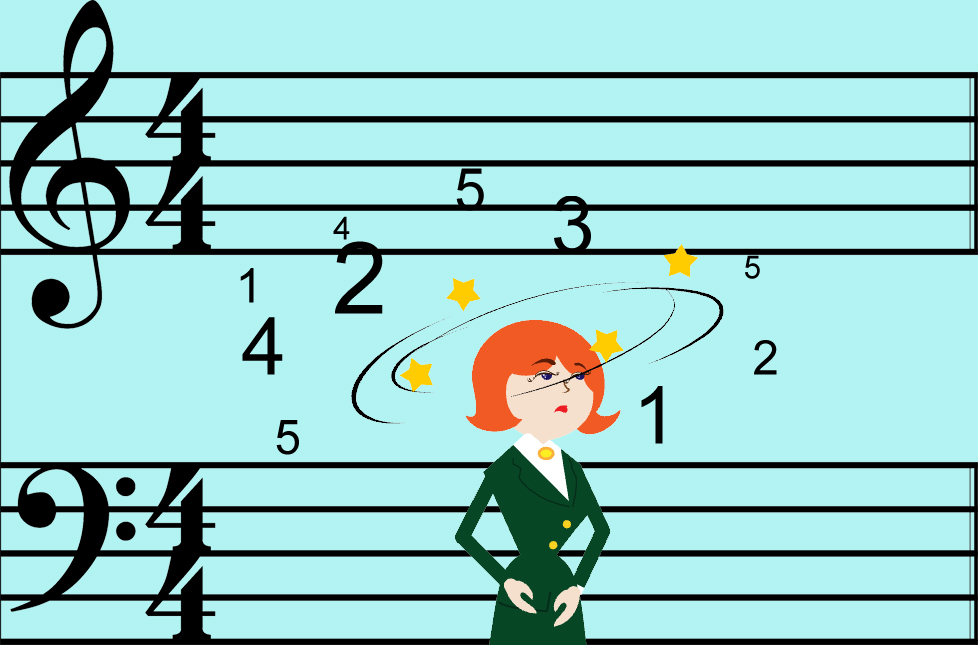 For beginners, we really want to avoid only using two or three fingers to play an entire piece.  However, there is a time and place for plunking out notes too.  If it is their first time at a keyboard, there are so many things for them to learn and master.  There's the idea that there are sets of two and three black notes.  There's mapping out where "C" is, and how that relates to where "G" is.  And if they are transposing a song from C to F major, there's the realization that a certain B-flat changes everything.  I think there is little harm in plunking out the notes initially, so long as they do not plunk out the notes enough to gain bad habits through poor muscle memory.  Striking a balance between free exploration in the area and being methodical is something that will vary piece by piece, student by student, and family by family.

My advice is to watch the child and try to guess at which wheels are turning in their heads as they are plunking on the keys.  Are they just figuring out how the piano works?  Are they concentrating on where "A" is?  These things need to happen too, and too much information too soon can cause overload.  Let them plunk it out.  Sacrifice a few songs to bad muscle memory in order to allow them to know where everything is on the keyboard.  On the other hand, if they are just being lazy, it's okay to step in and say, "Try it with this fingering.  It will help you gain fluency as you practice more."

Students should learn their scales, and they should be aware of finger numbers and how it works.  Time should be devoted to learning this art.  BUT there also is a time and place for allowing them to explore the keys on their own terms.  I discourage the practice of not allowing students to look at the keys while they play, at least in the beginning.  Masters such as Beethoven and Mozart learned composition right from the start, their training in keyboard harmony paralleled their formal piano training that more closely resembled piano instruction today.  There are so many aspects of music to learn- feeling the rhythm and beat, note reading, theory, dynamics, and so much more.  Fingering is important, but it's only one piece of the bigger picture.  I know many people who had rigid sight-reading based piano training, and they regret not having the freedom to branch off on their own.  They sight-read very well, but cannot play by ear.  This skill comes from keyboard PLAY, unfettered, untouched by the listening parent.  Such play should be encouraged, and piano teachers can help their students with this practice during lesson time too.  I want my children to have the courage to improvise, and the knowledge in keyboard harmony to do it well.  Having a mastery of the scales will help them, but so will encouraging free-play.

I hope this post has given you a few ideas on where to start and how to strike that important balance for your own children and students.  I know there are are musicians on both sides of the spectrum who may disagree with me, and if you are one of these people, I encourage you to share your thoughts in the comments.  I know there are things to consider that I haven't addressed.  This is just my perspective in a nutshell.  Here are a few links on the subject that may be useful.

Which Finger Goes Where?