The budding composer approaches the task with flair and excitement. His imagination sparkles with anticipation. With his comrades at his side, they know that today they will compose their first work of art. Today they compose a masterpiece. The young maestro is five years old, and you are the concert master.

You don't believe me? Hear me out. Young children create opera scores all of the time, with the help of their teachers. Any group of young children can do it, although there is a little music background requisite in the teacher. The teacher, or other grown up involved in the project, needs to be able to notate the music written by the children, and to compose a simple piano accompaniment for the performance. I have been involved in two children's operas. The first was as an apprentice with the Cache Children's Choir, the second was a small homeschool choir that I conducted. Some of the children had more musical background than others, but all of the children worked together and had a positive experience. This is part one in a five part series where I will tell you how it is done, tips from the trenches, and examples from the score. When we get to part five, I will share our performance video! It takes about eight weeks to put an opera together, four weeks for composing it, and two to four weeks for rehearsing. Here is my basic outline for my posts on this subject:

Part I, The Planning Stage

Have you ever led a group of children in a brainstorming session? Adult supervision required! Children have their own agenda and boys and girls will want a completely different theme. The boys want superheroes. The girls want princesses and castles. One boy wants Star Wars, and another wants Transformers. You want something simple. The ideal length for 5-7 year olds is about five to ten minutes for the complete project. That's not enough time to visit every fantasy land that the children beg for. Your job is to encourage their creativity while objectionably pointing out the hurdles and challenges that their ideas may present. Suggest solutions, and give them choices.

With the Cache Children's Choir, we had approximately 25 children ages five and six. Our opera was about the Raggle-Taggle-Town singers. We told the children that our opera would be a re-telling of a fairy tale, and let them choose the story. However, as teachers, we liked Raggle-Taggle-Town because of the repetition in the story, the pre-existing musical elements, and the simplicity of the story. We prepared them by telling the story a couple of weeks before the "planning stage", and then we let the kids brainstorm. "What fairy tale would you like to use?" One child suggests The Three Little Pigs. We write it on the board. Another suggests Little Red Riding Hood. We get a list of about five, and then the teacher suggests, "What about the Raggle Taggle Town Singers?" Yay! The children cry. You see, all of the children were familiar with this story because we prepped them. There was more excitement expressed at this suggestion, so as teachers we declared Raggle Taggle Town the winner. Haha, the children chose it. Sneaky.

If you have a specific thing you want to write about, guide the children to choose it, but don't be too disappointed if they don't. We were prepared to let the children choose something different if they all balked at Raggle Taggle. If you want to let the composition be fully original, you will have to teach the children about compromise. With my small homeschool choir (we started with six children and ended with four), there were enough children to have very different ideas about what the opera should be, but a small enough group to find a solution for everybody.

The children loved the idea of having a conflict. All of the children were adamant about portraying their favorite character, so we had to come up with a scenario where all of them would plausibly be in the same place. We had to come up with a basic plot. What is the conflict? Where does the opera take place? Let the children decide, but make it plausible. If they really want to be on a flying carpet, they is easy enough to pretend. Realistically, they will not be flying above the audience when they sing. Chances are, your budget will not allow for fancy lighting and sound effects. Sometimes children need a reminder about these kinds of restrictions.

In the end, the children decided that they would each play their favorite character at a homeschooling party. The party just happened to be in a cave, where they all get lost. The party feast is in a castle above the cave, and they would all help each other find the castle. Our opera would feature Yoda, Spiderman, Optimus Prime, Rapunzel, Sleeping Beauty, and Cinderella. The children all left excited about the opera, and our work for the day was done.

Follow-up work: Write down the synopsis before you forget. You get off easy this time, but do not forget to do it. The children will call you on it if you write down something different. 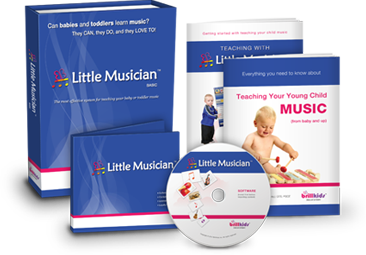